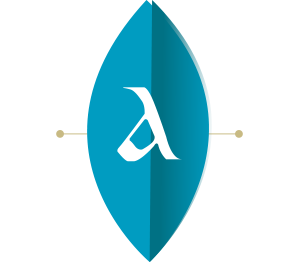 
Located on the Veneto coast, Bibione is well connected to Venice, Trieste and North Europe (via Tarvisio):

Coming from the west, taking the A4 Motorway, Venice – Trieste section;
Recommended exit: Portogruaro toll: Bibione is around 35 km from here. Once exited, follow the signs for Trieste.

Coming from the east, taking the A23 Motorway, Tarvisio – Udine section.
Recommended exit: Latisana toll: Bibione is around 25 km from here. Once exited, turn sharp right; pass the town of Latisana then continue, following the signs for Venice.

The A4 and A23 motorways are connected to the main European motorway hubs.

The most convenient railway stations for Bibione are:

Bibione is served by internal and international connections from Venice, Treviso and Ronchi dei Legionari Airports.

Getting to Bibione from VENICE and TREVISO Airports:

By Coach: ATVO, a public transport company, operates a service to the resort of Bibione from Venice and Treviso Airports. It is about 95 km from Venice Airport to Bibione.

By Train: There is a Shuttle Bus from Venice Airport to Mestre – Venice Railway Station, where you can catch a train to Bibione. The most convenient destination stations are Portogruaro or Latisana.

By Train: There is a bus service from Ronchi dei Legionari Airport to Gorizia or Monfalcone Railway Stations. From here, the best stations for getting to Bibione are Portogruaro or Latisana.

Next summer will be even easier to reach Bibione from all over Europe thanks to Bibione Express Service, the new direct connection to the airports of Venice Marco Polo, Treviso Antonio Canova Airport and the railway station of Venezia -Mestre.

The service, made available by ATVO, will run from with 4 trips a day to and from Bibione.

You can also book a ATVO pickup service at the bus stop closest to our agency or the apartment, simply by calling the number 0421.594679 till 4.pm the day before the trip. The pickup service will take place half an hour before the start of the trip.

Tickets can be purchased at all ATVO ticket-offices, directly on board and on- line.

An innovation that will make our beach more accessible to all our guests who are traveling by plane or train and who want to enjoy a relaxing holiday, right from the start.